The rain that fell for two days in Banda Aceh City and Aceh Besar District has shocked all parties. just imagine the rain that falls without stopping with moderate to high intensity, has resulted in floods and even landslides in various locations.

From various information that I noted, almost the whole area of Banda City was flooded.one of the media in Aceh said that due to the intensity of heavy and heavy rainfall that struck the city of Banda Aceh from Friday 8 May 2020 in the morning from 02.15 West Indonesia Time to 09.00 West Indonesia Time it turned out to have caused most areas in the capital city of Aceh Province to be flooded.

Even the most alarming thing is that rain that lasted almost all day yesterday until now, is no longer able to be accommodated by drainage canals on the sides of the road.

At some points even reached waist height of adults. some areas that look quite severe include in some Gampong in Lueng Bata District, Kuta Alam District, Baiturrahman District, Kutaraja District to various other Gampong in a number of Districts in the Banda Aceh City area.

Water that flooded a number of roads even has entered shops, community homes to government offices. On a number of roads around the City of Banda Aceh it can be ascertained that it has begun to be difficult to pass by motorized vehicles. the flow of water that flows into a number of watersheds (DAS) also looks quite large than usual.

Floods that occurred in Banda Aceh City and in a number of locations in Aceh Besar District may have different causes, but it is certain that the issue of environmental governance is one of the factors that should be discussed seriously.

Towards the end of 2019, a number of areas in Aceh were surrounded by floods. Of course this phenomenon is not new, especially when the rainy season arrives. Flood disasters that have become routine certainly need to be re-examined what exactly has happened.

From various existing monitoring, as a result of poor environmental management (including forests and land), has had a very large impact on the occurrence of ecological disasters in Aceh.

So that with the floods and various other ecological disasters, it will have an impact on the destruction of various public infrastructure, the paralysis of the community’s economy, coupled with the current epidemic of co-19 which is still very high in its spread. besides that hundreds to thousands of hectares of agricultural land will also be damaged plus the emergence of new outbreaks of disease after the flood.

Ecological disasters such as floods in a number of locations in the cities of Banda Aceh and Aceh Besar that occur today, among others, are caused by:
Not all of the existing drainage channels are properly connected to the primary drainage system.

In zones that depend on rivers, the flow of rainwater sometimes cannot be flowed directly into the river due to the high intensity of the rain and in conjunction with the pairing of sea water. buildup of sediment and waste in the drainage system.

Lack of public awareness in protecting the environment / maintenance of drainage channels.

The ongoing process of illegal logging (illegal logging), especially in a number of upstream river locations in Aceh Besar District, There is still a lack of commitment from the government apparatus and law enforcement agencies in efforts to manage the good and correct environment.

For this reason, we hope that with various disasters that occur today the Government at all levels (National, Provincial, Regency) to the Village can work together in order to make a breakthrough through a pro-environment program in a strict and concrete action so that our environmental conditionscan be restored immediately. 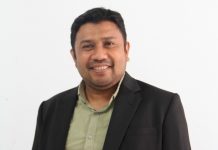 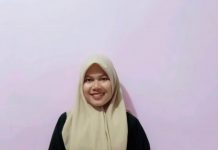 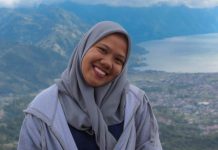 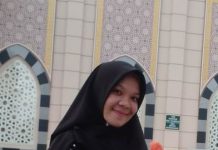